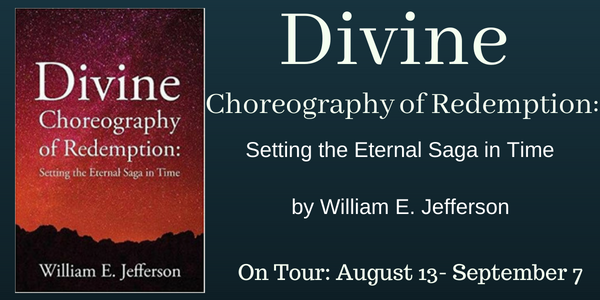 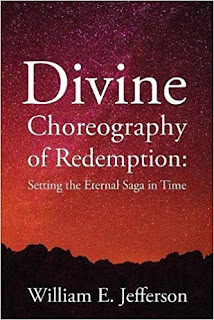 Divine Choreography of Redemption explores the story of redemption as divine drama advanced by acts and agents that transcend time and space. The novel is set beyond the Storied Sea on the ancient Isle of Estillyen, far from everywhere yet mystically near. There, a troupe of Message Makers from the seventeenth century mysteriously arrives to grapple with the theme in today's context.
At the heart of the novel, a battle brews between technology's driven existence--aided by modern devices and algorithms--and life centered in Scriptures ancient narrative. The story line begs the question: Does meaning truly abide in the saga of redemption's divine choreography, or in media's discarnate realm?

Q.) Do You have a writing routine?

A.) I prefer writing in the morning. When I'm devoted to a work, it's everyday until completed.

Q.) Where do you do most of your writing?

A.) I write from a Civil-War era cottage in the Ozarks, near a small town called Rogersville. The cottage is set on the open plain.

A.) I grew up in Springfield Missouri. Very dysfunctional setting. Not book readers in the home. I spent a lot of time hanging out at the corner drug store. I always worked...

Q.) What inspired you to write your book?

A.) I was compelled to write it, spiritually drawn one might say.

Having lived and worked in London, Moscow, and New York, today author William Jefferson writes from a Civil-War era cottage in the rural Ozarks. He is author of Messages from Estillyen : A Novel of Redemption and Human Worth, and owner of Storybook Barn www.Storybookbarnmo.com Jefferson holds an MTh in Theology and Media from the University of Edinburgh and an MA in Communications from the Wheaton Graduate School.

Tuesday, August 14
Guest blogging at As the Page Turns

Wednesday, August 22
Guest blogging at Confessions of an Eccentric Bookaholic

Friday, August 24
Guest blogging at Straight From the Author's Mouth

Tuesday, September 4
Guest blogging at From Paperback to Leatherbound