Between The Cracks She Fell by Lisa de Nikolits 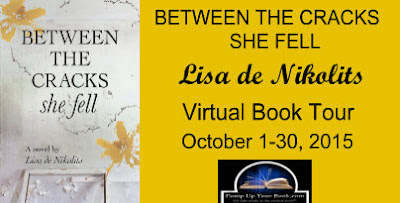 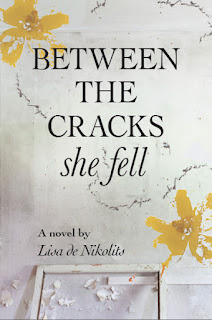 The award-winning author of the Hungry Mirror, West of Wawa, Glittering Chaos and The Witchdoctor's Bones delivers an original and riveting new novel about societal betrayal, familial loss and religious jihad. A suspenseful and lyrical read, Between The Cracks She Fell is a powerful - first person narrative about the explosive consequences of betrayal, survival in troubled times and the pervasiveness of religious domination.

When Joss finds herself having to make mortgage payments without help from her depressed, stoner boyfriend who has just moved out, and the company she works for folds leaving her suddenly unemployed, she is forced to sell her house, on which she takes a financial loss. She decides to camp out in a vacant complex of school buildings to give herself time to decide what to do next. It turns out the building is used by a gang of teenagers for wild, drug-fueled parties and Jess soon finds herself both repelled by their charismatic evil leader, as well as sexually attracted to him. She knows he is dangerous even before she finds his girlfriend's dead and violently abused body in the school library. During this time, she meets and befriends two other people in difficulty: Emma, a narcissistic thief living with her dog in a stolen car and Ashley, a young homosexual who is heartbroken by the fact that he has been expelled from the Jehovah's Witness church because he is gay. When her former boyfriend reappears as a born again Christian, Joss is immersed in a journal she found that contains the thoughts of a Muslim teenager who becomes increasingly radicalized. Her struggle to understand her former boyfriend and this young man's spiritual quests prepare her to make some hard decisions about her future. Between The Cracks She Fell is about a woman who falls off the grid and the explosive consequences of betrayal, survival in troubled times, and the pervasiveness of religious domination.

I reached my destination with no great sense of joy but at least I wasn't crying.

A purple, red and black pentagram marked the path ahead of me and the sea of grass rolled this way and that and my throat closed and my eyes stung but I swallowed the tears.

I tried to pretend I was Gibreel Farishta, a hero bigger than me; that tuneless soloist tumbling out og thin air; what an entrance, yaar.

First you have to die. Ho ji! Ho ji! How to ever smile again, if first you won't cry?

But there would be no more crying for me. My former life was dead. I needed to escape for a while, hide out and then, once I got my energy back. I would figure out what came next.

Right now all I could say was that I was alive, and that is the point I guess, much like Gibreel, standing, with pigs falling out of his face and no God to help him.

I held my arms aloft and waded through the knotty field, as if paddling through an upward flowing river, pushing forward against the current.

The summer offered shoulder-high fragrant grasses laced with thistles and weeds and despite the misfortunes of past events, I was not blind to the beauty of the tiny lilac flowers or the red roses that grew wild and free.

I could see the buildings in the distances. It had been a while since I had seen them but they sprawled low at the other end of the playing fields, just as I remembered.

I had packed for the task at hand; knife, bottled water, flashlight, pillow. Kind of funny really, how natural this solution felt, like it was some kind of okay. It wasn't the first time I'd purposefully left the grid; my first solo adventure had taken place when I was eleven. Tired of school, friends, mother, swimming lessons, and tuck shop lunches, I hid out in a farmer's shed, armed with books and apples and bars of chocolate. i stayed for two nights and two days, sleeping in a hairy horse blanket that I shook free of cobwebs and drew close around me, breathing in that rich scent of dry sage, dust, leather, sweat and all the other good things that horses smell of. I returned home when I ran out of food and reading material. Mum was furious but I wasn't sorry; I'd done what I needed to do and it was the same this time, although there was less choice in a sense, as I had in fact lost my house to the bank and my job to the recession and my boyfriend to a nervous breakdown.

I could think of no other way to heal, to regroup and to find the solo me that I could rely on. I had made a mistake, relying on Shayne but I would get over that. I would get over everything. 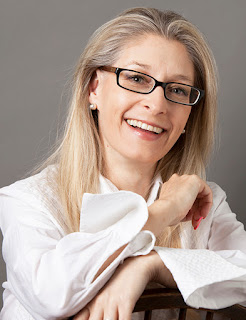 Originally from South Africa, Lisa de Nikolits has been a Canadian citizen since 2003. She has a Bachelor of Arts in English Literature and Philosophy and has lived in the U.S.A., Australia and Britain.

Her third novel, A Glittering Chaos, launched in Spring 2013 to reader and review acclaim, and is about murder, madness, illicit love and poetry.

Her fourth novel, The Witchdoctor's Bones was launched Spring 2014 to reader and literary acclaim. The Witchdoctor's Bones is a thriller about the darkest secrets of African evil; the novel seamlessly weaves witchcraft and ancient folklore into a plot of loss, passion and intrigue and a holiday becomes a test of moral character.

Her fifth novel, Between The Cracks She Fell, was published in Fall 2015 and has been called "a whirligig-ride into the dark recesses of "what-next?" It is a compelling and multi-layered penetrating and twisty tale of insurrection."

"A lyrical and deeply moving examination of emotional pain and faith on a collision course with organized religion. Lisa de Nikolits highly believable and human characters are outsiders struggling to find meaning, and perhaps hope, in contemporary urban society. With a deft and confident clarity of style, she explores the complex interplay of faith, crime and social isolation. Highly recommended." - M.H. Callway, award-winning author of Windigo Fire (Seraphim Editions).