Q&A: Jennifer Chase, Author of FLOWERS ON HER GRAVE 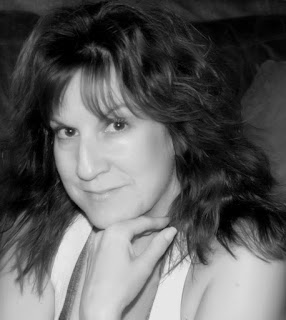 Jennifer Chase is a multi award-winning and best-selling crime fiction author, as well as a consulting criminologist. Jennifer holds a bachelor degree in police forensics and a master’s degree in criminology & criminal justice. These academic pursuits developed out of her curiosity about the criminal mind as well as from her own experience with a violent psychopath, providing Jennifer with deep personal investment in every story she tells. In addition, she holds certifications in serial crime and criminal profiling.  She is an affiliate member of the International Association of Forensic Criminologists, and member of the International Thriller Writers. 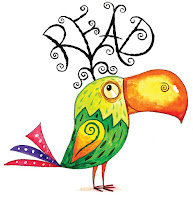 Thanks for this interview, Jennifer.  Congratulations on your new book! Would you say it’s been a rocky road for you in regards to getting your book written and published or pretty much smooth sailing?  Can you tell us about your journey?

This book, Flowers On Her Grave, moved smoothly. But, that hasn’t always been the case. I’ve been working for almost ten years independently publishing, which has been a bumpy road. About a year ago, I was approached by Bookouture and my Detective Katie Scott Thrillers were published and hardships and frustrations began to lessen, which allowed for this book to sail through the process with little tensions.

Life & Times of Author Jennifer Chase: Jump Into the Deep End of the Pool

I love to read of course. But whenever I can, I love to be outdoors walking, hiking, training with my dog, or just spending time at the beach.

The police procedural and crime fiction genres are saturated out there—that’s for sure. However, from the responses I’ve been receiving from readers, they tell me that it’s refreshing that my heroine Detective Katie Scott is not only smart, but flawed. More specifically, she suffers from PTSD. She’s a veteran, and must handle the stresses of police investigations. Of course, everyone loves a dog in the story—there’s a black German shepherd too.


The dense forest remained isolated. It was deserted. The sun was perched straight up in the sky and scorched the ground. The dry earth was thirsty for the first season’s rainfall. A soft rustle in the trees indicated that there were birds and other small varmints making it their homes protecting them from the harsh weather and roaming predators.


Stepping from the main hiking trail, the park ranger took a moment to catch his breath and to stomp the caked dirt from his hiking boots. He regretted almost immediately that he didn’t bring an extra bottle of water as the heat intensified. Relieved that he had reached the camping area where the grad student had stayed, he began his routine search.


The static from his walkie-talkie interrupted the natural quiet. “Rob, are you there yet? Over.”


Pressing the button, he replied. “Just got here. Over.”


“See anything? Over,” said one of the other rangers from headquarters.


Rob saw blue shreds of fabric intertwined in the low lying bushes. He curiously walked over to them, leaned down, and pulled one of the long pieces of fabric between his fingers out of the brush. Several dark droplets had spattered the end of the fabric. He followed a trail as he examined the other nearby pieces which looked the same.


“Rob? You there? Over,” headquarters asked again.


“I’ll get back to you. Over,” he said securing the walkie-talkie to his belt.


Rob scanned every tree and bush within the vicinity, but there was no sign of the grad student. He began to think that the worried family hadn’t been mistaken with their concerns, but there had to be a logical explanation as to why she hadn’t contacted them in several days.


He let out a sigh. A breeze ignited in the air and blew around him rustling the leaves and pushing up some dust clouds. And that’s when he saw it. He stopped. Taking a moment to re-focus his eyes, he saw what was left of a tent. Moving his hand to his holstered gun, Rob readied himself for what, or who, he was about to encounter.

Love this question! I would say Fourth of July. Since my main character was in the military as an explosives K9 handler, there are many shocking and light up the sky moments. Many things in the story makes readers feel like they are in a whirlwind of fireworks.

Yes, the Detective Katie Scott thrillers are part of a series.

I loved books and read whenever I could. When I was young, it was actually a large part of my life. No, I don’t think I ever thought about writing as a full-time profession.

Early in my career of writing, I did send out manuscripts as well as screenplays, and received rejections. It didn’t stop me and I didn’t want to slow down to wait for a publisher, so I pushed full speed ahead as an independent author.

I have not co-authored a book. It’s not something I’m looking for in my career; however, I may co-write a couple of books with retired law enforcement officers. You’ll just have to wait and see what comes next ;)

For me, I’m currently working on the fourth Detective Katie Scott Thriller. I also have some of my previous series that I’m working on whenever I can. You can find out all the details at my blog www.authorjenniferchase.com


Thank you so much for the wonderful interview opportunity.

About FLOWERS ON HER GRAVE


On the floor, amongst the piles of freshly pressed laundry, lay the woman’s lifeless body, her pale yellow nightdress soaked in blood.

“I didn’t do it…” came a whisper from the corner of the room.

Detective Katie Scott has never seen two people more in love than her aunt and uncle as they danced on the decking the night of their wedding anniversary party. But the next morning, when Katie finds her aunt’s body sprawled across the floor, that perfect image is shattered forever.

All fingers point to Katie’s uncle, Pine Valley’s beloved sheriff and protector – after all, his prints are all over the antique knife found at the scene. Grieving, but certain of her uncle’s innocence, Katie is consigned to the cold case division after she’s discovered searching the house for clues. Does someone want to keep her as far away from this investigation as possible?

Ignoring warnings from her team, Katie digs into her uncle’s old case files and discovers photographs of the body of a young girl found tied to a tree after a hike in search of a rare flower. Her body is covered with the same unusual lacerations her aunt suffered. Katie knows it can’t be a coincidence, but every lead she follows takes her to a dead end.

Moments before the sheriff is arrested, Katie realizes that a single piece of thread she found at the crime scene could be the missing link that will stitch old crimes to new. But how can she prove her uncle’s innocence without throwing herself directly into the line of fire? She doesn’t have a choice, he’s the only family she has left