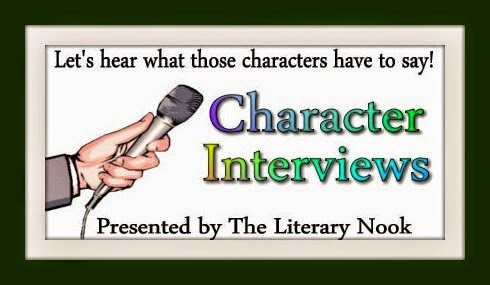 Thank you so much for this interview, Llad Fleck.  Now that the book Wave Links has been written, do you feel you were fairly portrayed or would you like to set anything straight with your readers?

My portrayal was okay I guess, but a lot of the events that changed my life I had nothing to do with. And it made me look kinda like I screwed up somehow. It really wasn’t like that, things just happened and I got caught in the wash. I did the best I could even though it didn’t seem like enough.

Well, I never thought much about questions like that, but I guess the fact that I am all- in with everything I do is a good trait. If I can get the psychic powers that I am supposed to have inherited figured out, that would be a big deal.

Probably the same answer, that I commit everything I have into any given situation and don’t always think of clearer solutions. Hey, I’m still a young buck, I’ve never experienced any of this stuff before. But I am getting better at seeing the big picture. And probably, that I like the ladies a little too much.

Kinda, I guess. There’s this red headed beauty that I saw at a party and then she haunts my dreams most every night, but I don’t think she even knows I exist. I’ve ‘known’ a lot of girls, but it was just for fun. That L word was never mentioned.

Almost right from the start. There were so many crazy things happening to me that I has no control over or any experience with, it all seemed a little overwhelming.

That’s a question I’ve actually been thinking about. My nut-case cousin has everything; billions of dollars, an interesting Institute of learning he created, and powers most people can’t even comprehend, but he is so fixated on me and owning what I might have inherited, he has become obsessed and spends all his time making my life miserable.

Well, I sure as heck didn’t see that coming. It broke my heart. But I’ll tell you this much, it’s not over yet, not by a long shot. Not until I say it’s over.

What words of wisdom would you give your author if he decided to write another book with you in it?

Give me a little bit of time and the proper resources to learn all my crazy talents so that I can level the playing field. It also wouldn’t hurt anything to have a few more beautiful ladies in my life, either.

Absolutely! Although we just barely survived everything that went down in Wave Links, there are too many nasty loose ends still at play that need attending. I pretty certain it will take a least two more books, maybe three to understand the depth of the threat the Mind’s Eye Institute poses to the societies of world, and then someone has to fix it. Book two, Soul Links is in the works and should be out by the end of 2014. I think if you go to RandallBoleyn.com, you can opt-in to be on a notify list to receive an email about the publishing dates. 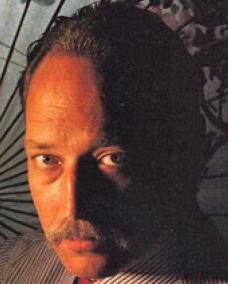 When those first few novels transported Randall into the intrigue of other cultures and the complexity of foreign lands, his life changed forever. He wanted to experience those kinds of adventures and ended up traveling the world doing international business while living his own bizarre experiences. Realizing he wanted to create the same kind of stories he loved to read, Randall coaxed the Muse by writing, studying and learning the craft. After years of toiling with the words, the stories suddenly just seemed to happen. It was startling! It was the same joy and surprise he had relished as a reader in guessing how a plot might unfold affecting the characters’ lives. He now writes with the eye and passion of creating that next great story like he would want to read. Randall now lives in the hills of the Blue Ridge Mountains of Virginia and is focused on completing the Powers Meant for Gods trilogy to publish by December 2014. Read excerpts and more at RandallBoleyn.com and sign-up for Randall’s mailing list for publishing details.  His latest book is the Young Adult Fantasy, Wave Links.

They feared how the truth might alter Llad Fleck. No one ever told him about his talented ancestors, their extraordinary heritage, or how they died. He never learned that a powerful research institute in England considered him a lethal threat. Other than the need to move on to the safety of a different city every few months, the only thing Llad knew for sure was that the men he played ball against said he had “mad skills not suitable for a fifteen-year-old.” When Llad meets an eccentric parapsychologist, Dr. Jemma Rask, she explains that she has waited decades just to teach him how to expand his mind and utilize the unique traits which she believes he has inherited. Even though Dr. Rask and her stories come across as way too weird for Llad, he begins studying her techniques. He quickly realizes that just because the link might be there, it doesn’t mean he actually has the talent or the patience to develop his abilities. After multiple killings shatter Llad’s life, he still doesn’t know who is behind the brutal murders or why he’s involved. But he knows now that he’s fighting for his life against a unknown enemy. He must discover more about his family tree and learn how to control his psychic gifts―if he has any. Alone with his grief, Llad searches for clues about his cryptic lineage while being haunted by reoccurring dreams of a mysterious girl trying to help him master the bizarre talents he will need to survive.


To Purchase Your Copy

The Literary Nook posted at 1:08 PM