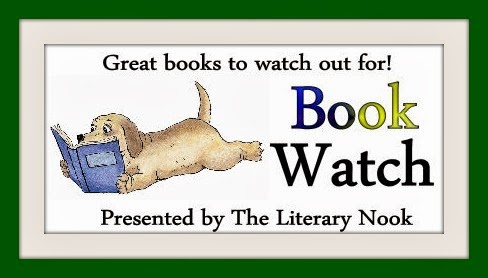 Christmas in Newfoundland is a special time. In the depths of long winter nights memories are made and stories are told. Of Christmas by candlelight and horse and buggy rides to church. Of shopping on Water Street in St. John’s before malls and the Internet.

In later years, Sgt. Windflower came to work and then to stay in the quiet town of Grand Bank by the Atlantic Ocean where the salt air froze in the wind and the Mounties were welcomed to warm themselves by every fire.

Come and warm yourself by the fire and hear their stories. Some memories and some mysteries. Enjoy some holiday time with Sgt. Windflower and all the familiar characters that you’d come to know and love. Good food, good friends and always another chair at the table.


It was just days before Christmas, and Sergeant Winston Windflower only had one big problem. That was what to get his girlfriend, Sheila Hillier, for Christmas. Other than that, life was good for the RCMP officer in Grand Bank, Newfoundland. Crime was low, if not non-existent, and spirits were running high as the holiday neared its peak in this little seaside town.

Of course, being the holiday season, the Mountie was concerned about impaired driving. But Windflower and his team had been out on the roads for the past two weekends with the R.I.D.E. program. He figured that meant everyone would be on their best behaviour for the next couple of weeks. That was especially true since one town resident had been charged with impaired driving and two others had received suspended licences because they were just over the legal limit of alcohol.
Fortunately, even the weather was cooperating. They hadn’t had any snow in Grand Bank for almost two weeks. That was a relief to not only the snow shovellers catching a break after a series of early winter storms but also to the RCMP officers, as they had already worked several overnight shifts because of storms. The best news was that there wasn’t even any snow in the short-term forecast.
All of this meant the town could be festive and safe during the holiday season already well underway.
The old Town of Grand Bank went all out to pretty itself up for Christmas. Almost every house had some form of decoration, and Christmas lights were aplenty all over town. Some people went old-fashioned and just had a wreath on their front door and a couple of strings of lights hanging from their eaves. Others decided to splurge on nativity scenes and blow-up Santas, as they held nothing back in their gaudy and joyous celebration of the season.
Old Saint Nick had already made one visit. That was last weekend during the Santa Claus parade led by the antique pumper truck from the volunteer fire department. Local RCMP vehicles were decked out in flashing lights and ribbons as the Mounties collected toys and gifts along the parade route for the Salvation Army. Sheila had rounded up a few extra dollars from local businesses to ensure that even the abandoned buildings near the wharf were gaily festooned with ribbons, bows and the essential Christmas lights in time for the parade. Now, Saint Nick’s return engagement on December 25th was eagerly anticipated.

order your copy below 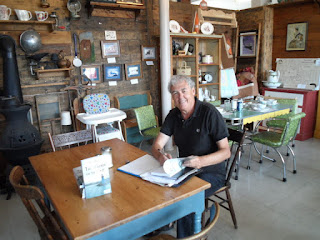 Mike Martin was born in Newfoundland on the East Coast of Canada and now lives and works in Ottawa, Ontario. The Walker on the Cape was his first full fiction book and the premiere of the Sgt. Windflower Mystery Series. Other books in the series include The Body on the T, Beneath the Surface, A Twist of Fortune and A Long Ways from Home, which was shortlisted for the Bony Blithe Light Mystery Award as the best light mystery of the year. A Tangled Web was released in 2017 and the newest book in the series.is Darkest Before the Dawn which won the Bony Blithe Award in 2019. A new book in the series, Fire, Fog and Water is being released in October.
Mike is currently Chair of the Board of Crime Writers of Canada, a national organization promoting Canadian crime and mystery writers.