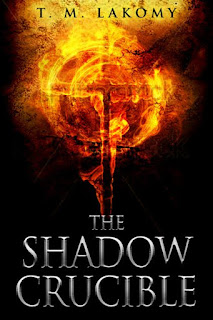 In a world where angels, demons, and gods fight over the possession of mortal souls, two conflicted pawns are ensnared in a cruel game. The enigmatic seer Estella finds herself thrown together with Count Mikhail, a dogmatic Templar dedicated to subjugating her kind. But when a corrupted cardinal and puppet king begin a systematic genocide of her people, the two become unlikely allies.
Taking humanity back to their primordial beliefs and fears, Estella confronts Mikhail’s faith by revealing the true horror of the lucrative trade in human souls. All organized religions are shops orchestrated to consume mankind. Every deity, religion, and spiritual guide has been corrupted, and each claims to have the monopoly on truth and salvation.

In a perilous game where the truth is distorted and meddling ancient deities converge to partake of the unseen battle, Estella unwittingly finds herself hunted by Lucifer. Traversing the edge of hell’s precipice, Estella and Mikhail are reduced to mere instruments. Their only means to overcome is through courting the Threefold Death, the ancient ritual of apotheosis—of man becoming God. 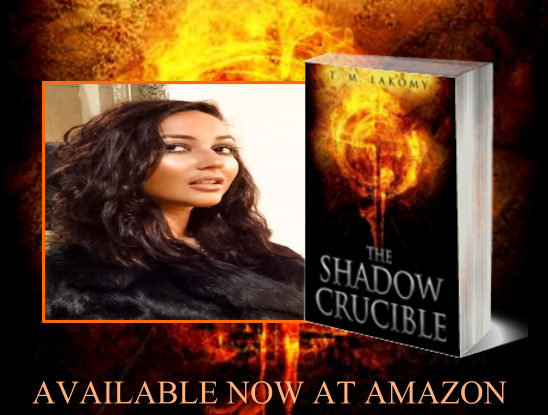 He seethed with indignation as he confronted his reflection. Rasping with rage and flexing his fingers impotently, he took in his bruised and broken face. This mirror was the only vanity he was allowed, and now it only offered him the stark knowledge of his ugliness and weakness. Livid, he smote the mirror with his fist. It shattered as he let out an incensed cry, the fragments flying across the floor, glittering sharply in the dimming lights. He looked down at the collage of broken glass and paused, numb with anger.

The shards of the mirror glittered and vibrated, reflecting numerous eyes. Then they slowly began to levitate, all the tiny fragments splintered across the room gathering together and reforming. Swiftly they became whole again, and the mirror floated in the air eerily toward the cardinal. Within the reflection he no longer saw himself, but another being gazing back at him. Lost for breath, he gaped in bewilderment, unable to form words. The being had the fairest of all faces. Beautiful, with an aura of inexorable grace, it had resplendent, shimmering wings—pair upon pair of them in varied iridescent hues. The countenance observed him with a soft smile, measuring him with his intoxicating, lucent blue eyes. “Do you know who I am, old man?” the mirror asked him blithely. The cardinal was immediately enraptured, but could feel the cross burning on his neck. “Take it off and it will not sear your skin,” the angel remarked mildly, his limpid blue eyes gazing lovingly upon the cardinal. The cardinal, like a man too deeply drunken to think, brought his hand to his neck and ripped the cross thoughtlessly off and cast it away. “That is better now, isn’t it? Always bearing the cross. Well, he carried his cross and now he wants the whole world to carry it with him . . . how truly selfish.” The voice, though laced with reproach, was heartrendingly sweet and full of understanding and promise. It rang like silver bells. The cardinal’s mouth hung open indecorously, and he found himself nodding his head in agreement with the angel’s words as his fear began to dissipate. “I do not want you to carry this cross, this heavy burden of debt,” the angel continued. “This false salvation you were peddled is a lie. I, on the contrary, want you to be free, liberated from your thralldom. The earth is your inheritance to rule over as a god, like you were promised. And yet they have deprived you of your freedom. My heart grieves for you,” the angel sympathized, his voice laden with unquenchable sorrow. As the angel spoke, the mirror began to ripple like molten silver, and he emerged from it, as though pushing through a translucent shroud. Robed in white flowing garments, he grasped a long spear in his left hand pointing it downwards, the bitter tip glistening coldly. Standing before the cardinal revealed in his full glory, he smiled fully—but the warmth never reached his detached, frosted gaze. “I want to liberate you from your thralldom,” he said. “I have watched over you all, my tender flock. I am Lucifer, the morning star, the first to greet you with my love into this life, and the last to claim you on my dark stallion of death. I have come to free you.” His persuasive voice was soothing and nurturing, like a gentle river rippling mildly over soft bedrock. The cardinal found himself in a daze of awe, and within him woke his longing for power and lust for dominion. “Come to me, let me free you, and we shall destroy the Twilit world that has robbed you of the gifts that you so deserved.” The fatherly voice of the angel was indignant yet gentle, and he beamed at the cardinal who nodded back eagerly. “Let me into your heart, then. Lead me into your house, in this false edifice erected in the name of God, and let us together find the lost sheep in the house of God. I am his true son, after all, prince of the world.” He glided towards the cardinal, his numerous nacre wings extending into the chamber. They shed their own pearly light, and it seemed he floated like a silver vision. The angel knelt beside the cardinal, gazing into his watery eyes. “Let me into his house.” The voice was slightly more pressing now. The cardinal, dazed, nodded in agreement. With a satisfied smile, the angel touched the cardinal’s chest with a slender finger, right at his heart, and breathed over him. The cardinal groaned, falling instantly asleep. The angel then shifted like a blurring image, colors melting and running, twisting like molten glass into a murky mess of shadow and dirt-colored fumes. The gleaming wings fell to the ground, losing their feathers and rotting instantly. Now instead of the radiant angel, there stood a hooded and cloaked figure, emanating death. Like a black hole, it sucked in all the light around him, exerting a fearsome pull. The light from the candles swirled and were drawn into him, as though he were a gasping sinkhole.

The lights that weren’t drowned out flared in his presence, then guttered as he walked towards the discarded cross lying dully on the ground. With his foot he trampled it into the ground. Then the lights went out and laughter resounded. It echoed through the abbey walls, shaking it to its foundations until all the lights within went out, and all the icons fell to the ground, dashed down by something far more sinister than the raging gale outside. 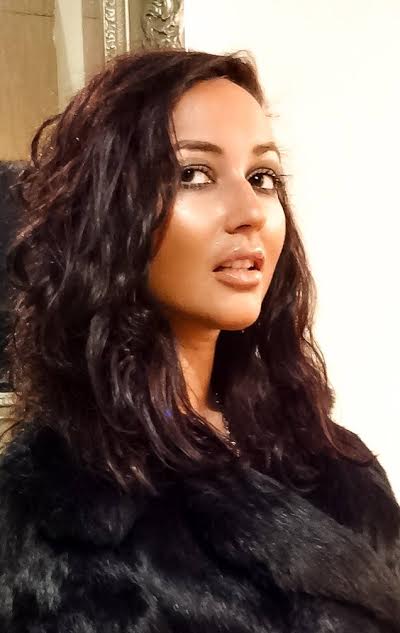 Tamara Lakomy is British born but grew up in North Africa during troubled times. She resides in London.

She studied archaeology and became enamoured with the shamanistic practices of indigenous people.

She is an author and poet who seeks to challenge our notions of reality, and see life with a different perspective.

She works in East Africa with indigenous tribes studying the origins of mankind and the salient golden thread in the tapestry of humanity's beliefs.