Talking Books with Mike Hartner, author of 'I, Angus' 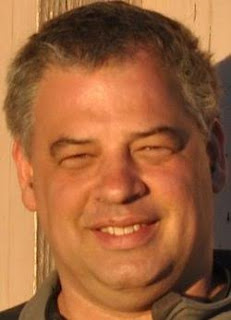 Mike Hartner was born in Miami in 1965. He’s traveled much of the continental United States. He has several years post secondary education, and experience teaching and tutoring young adults. Hartner has owned and run a computer firm for more than twenty-five years. He now lives in Vancouver, British Columbia, Canada, with his wife and child. They share the neighborhood and their son with his maternal grandparents.

Mike’s latest book is I, Angus (The Eternity Series Book 4).

During a time of civil strife and purging the North has lost more men to Wars then it ever did to Nature.

Angus has grown up learning that his life is better off with only him and a family. But is that really in 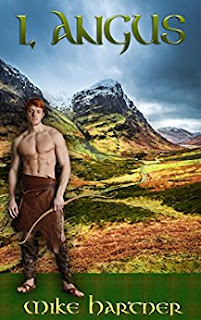 The North needs someone to build community.

But first, Angus needs to be forged... beaten, shaped, bolded and trained.

Watch as Angus hits both lows and highs across the lands of England, Scotland and France, before meeting a challenge of new land.

Thanks for this interview, Mike Hartner.  Can we begin by having you tell us about yourself from a writer’s standpoint?

From a writer’s standpoint I’m constantly learning new things about characters, and conversation, and points of view.  And I’m trying to incorporate that into my next book.

The question’s a bit backwards.  Writing is my relaxation and fun.

It is a few days before my fifteenth birthday, and I have been scrubbing the castle floors all morning. I stand and the wind blows hard in my face, moving my reddish-orange hair from in front of my hazel eyes as I stretch my 5-foot 7-inch frame and look out the window.
The sky is dark and gloomy, but I can’t smell the rain yet, so I know a long time will pass before it pours down on our shire in North Scotland. In the far distance, I observe something moving toward our castle. It’s not long before I recognize my da’s charger. I can see others giving chase, although they’re quite a ways back. I run to open the gate and lower the drawbridge. I yell for my sister Janet to help me, because cranking it upright in a hurry is no small chore for one person.
The drawbridge has just been lowered when the hooves of Da’s horse, Spirit, come galloping across it. My sis does her part, and we quickly raise the bridge and race to the stallion and its rider. We arrive to hear the sound of arrows hitting the drawbridge and men yelling imprecations.
The heavily lathered stallion stands impatiently. On the horse’s back is its owner, Sir Donald Mackenzie, my da’. He is doubled forward, holding on to the mane, with an arrow in his upper left shoulder and another sticking out from his right calf. He wears a blue bonnet, along with a plaid kilt depicting our family’s lineage. A true archer, Da’s bow dangles on his back, diagonally between his shoulders.
The men on horseback, of which there are four, think better of trying to ford our moat, and they ride off. Lucky for us they don’t know that at that moment we are alone in the castle. Sis and I remove Da’ from the horse, and supporting our father between us we hurry him to his bed, where she begins ministering to his wounds.
I wonder what has caused this terrible event? My father had left several days ago with my much younger sister, Alice, to take her to a neighboring laird who had offered to have her schooled. I had watched my da’ the night before give Alice a family heirloom. It wasn’t much, but it was a locket that his great-grandmother had passed down to my grandmother who had passed it down to my mother, who was no longer with us. I remember Da’s telling us once that the tiny case had been given to our family on the occasion of an aunt’s marriage into the Clan MacDonald. I’d seen the engraving it held: two shields together, with their crests, one on the front, one on the back. And I recall Alice's telling him, as he fastened it to her neck, that she’d forever wear it proudly.
I’d learned, however, not to believe much of what Alice said of late, as she was always coming up with whatever she thought would gain her purchase. But Alice was the oldest daughter—now eleven while Janet, who is every bit as tall as her and twice as strong, is but nine—so the keepsake rightfully should go to her.
Da’ was onto her though, and I think he’d worked out something with Laird MacLaren to see that she learned manners and honor as much as anything. Aye, but I also thought it might do her good to get set down a peg, as the MacLarens were wealthy landowners and not to be trifled with. It crossed my mind as well that Da’ hoped she might find a man of some stature someday who’d marry her, which would solve all the problems with Alice’s odd ways, as she never seemed happy with what Da’ provided for her. No matter, she would be schooled, and if nothing else she’d see other girls her age and how they acted. She would come back a better person—if she chose to return at all, which I highly doubted.
Da’s ride should have been a day out and a day back, with a day in-between to enjoy the hospitality of the laird. You see, this is the North of Scotland, and all of our families know each other, and no one just comes and goes, even if they are not related.
My da’ is hurt bad, and even with Janet and me by his side, the conditions are grim, as there is only so much we can do. I bring him food when sis has it ready, but I take it away when it isn’t touched four hours later. All he can do is let out an occasional groan.

The journey to publish has been fairly consistent.  I went through the processes during the run up to the publish of I, Walter.  And I listened to the feedback that I received.  The gist of the replies was that there were two many cross genres in my writings, and nothing stood out to make it easier for them to sell.  So, I went with a small publisher:
Eternity4Popsicle Publishing. And never looked back.

I, Angus  is the story of Angus Mackenzie, a Scottish lay-priest.

I believe that what makes I, Angus stand out, much like the rest of The Eternity Series, is that all of these books deal with the human condition.

I think that I, Angus, like the rest of The Eternity Series, feed the soul, and as such can be placed in any holiday’s section. Because I, Angus is less of a romance and more of historical fiction, his story is more likely in the section around Christmas for the uplifting struggle to help others; or Summer Reads,  for the independent spirit in the story.

Definitely. That’s already been done.  This is book four in the series. And book 5 is being worked on.

Next is book five. I, Alice should be a challenge to write.