Interview with Alan Joshua, author of The Shiva Syndrome! 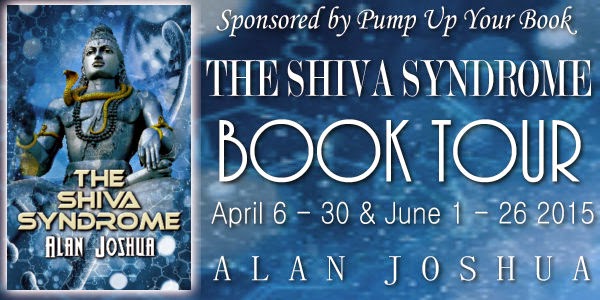 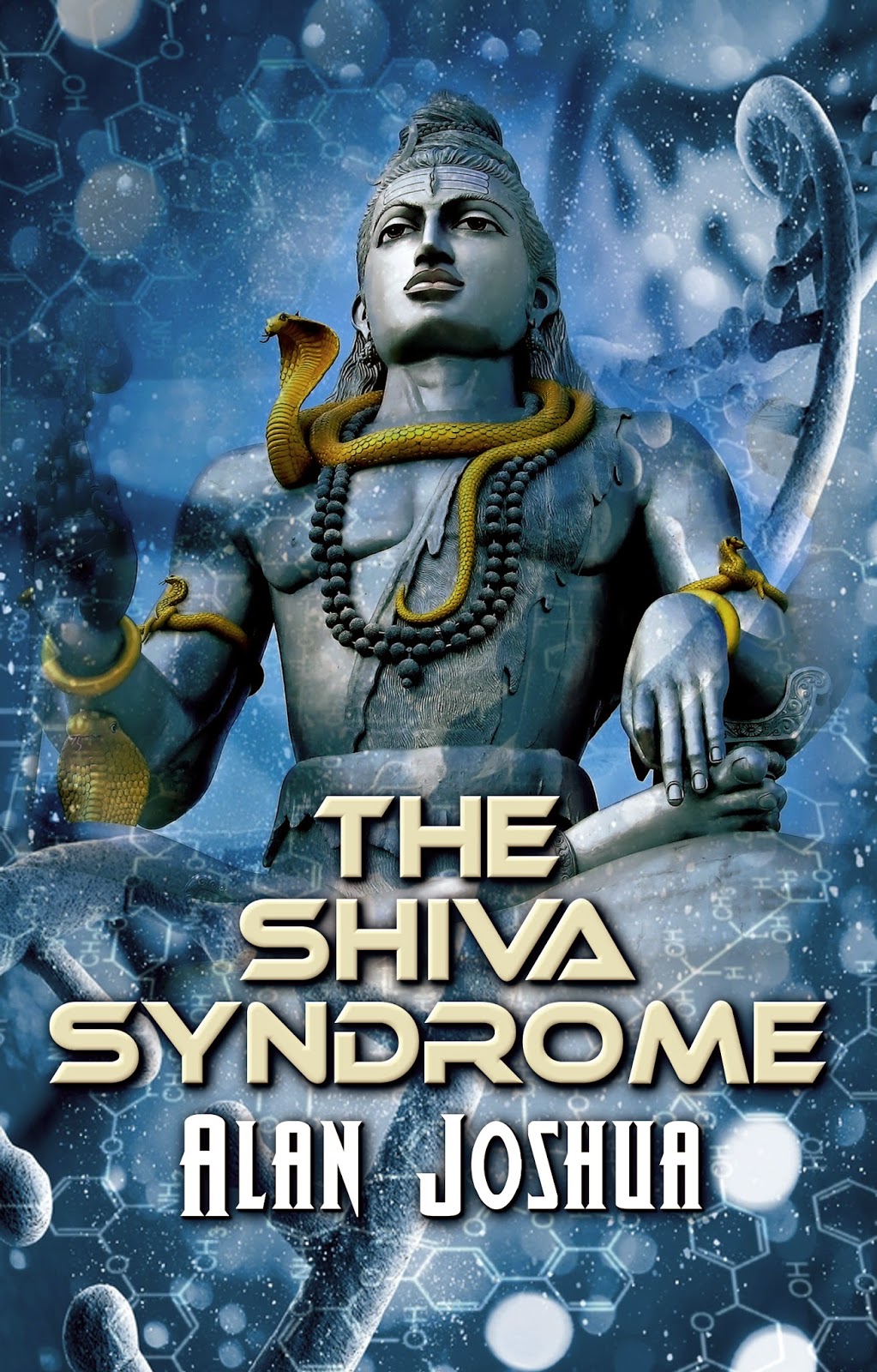 A secret Russian mind research laboratory in Podol'sk erupts, annihilating thousands and leaving a monstrous, one-mile deep crater in its wake. Beau Walker, parapsychologist and reluctant empath, is coerced into joining a research team, code-named SHIVA, to investigate the enigmatic event. Walker must fight his way past political and military deceptions and a host of deadly adversaries to unlock the riddle of the SHIVA syndrome. Will he have the physical, emotional, and spiritual strength to defy the dangers he faces…or will they destroy him before he can come to a new, challenging understanding of the nature of reality?


To Purchase The SHIVA Syndrome

What part of thewriting process is the easiest/hardest for you?

The easiest part of writing is that involving the imagination. In the right frame of mind, images flow and scenes and dialogue just pour out. The most difficult is when you try to take those images and dialogue and transliterate them into a form that readers can understand and relate to. I can't leave unspoken, the amazing, pressure – filled hours spent contacting agents and publishers. The "reward" is the enormous chore of promoting the product of your labors – in this case, The SHIVA Syndrome. I am very fortunate in having had an internationally known psychologist and parapsychologist review my book (see http://alanjohua.com ). The average reader interested in parapsychology and science fiction has no idea of the enormity of Dr. Krippner's endorsement.

I'd like to add that the first review of the novel has been posted on Amazon today. It was a glowing review, one of which I'm very proud. Apparently the reader was rather bright, very articulate and seemed to connect with the multilayering of the story.

Where did the idea for  your book come from?

It was inspired by imagination and the research I did into the psychology of so-called "psychic" or spiritual healers. The results of my research were well received in the scientific community. Although I focused on these anomalous healers, I discovered after I finished that these changes in consciousness had broader applications. Somehow, I felt an urge to bring this to public attention by setting this information in the framework of a mythological story. It is every bit as much a myth (not meant as a lie) as the tales of superheroes that are so popular today. In the story, I emphasize the importance of human consciousness and its unknown potentials. There are rather exciting events that take place, from the destruction of a Russian city to the advanced development of "supersoldiers" and horrific biowarfare organisms. Although these may be seen as an imaginative stretch, in fact, there is some relationship between lab demonstrations of human abilities to influence matter and what occurs in the story. Other aspects seem to emerge on their own and, although I'm tempted to mention them, I'm afraid that they would be spoilers. I'll put it this way: many of the events that occur in the book were subconscious upsurges and not consciously constructed. One of my editors uses a copywriter who is mainly a mystery reader. She was so entranced by the book that she urged him to send him sections for copy correction faster than he was able. This was a very good sign that it crossed genres and offered an intriguing mystery.

One of my motivations in writing the book was to cause readers to look into some of the actual research that has been done since the 1930s in parapsychology and consciousness. There have been some "mind blowing" studies that strain the limits of your mind.

aAre any of the  characters inspired by someone in real life?

In fact, yes. Having a background in art, it is virtually impossible for any form of art to be created without some aspect of the artist's self becoming part. We all have many selves, and I dipped into these in constructing my characters and their actions and dialogue. Also, working in private practice, I borrowed from some of my clients and their characteristics. Without a doubt, the combination of observation and psychology is of enormous value in the creation of characters and bringing them to life. But it also became necessary, considering the transpersonal psychology element that I brought into the story, to go beyond the normal limits of human behavior into "fringe areas."

Do you listen to musicwhile you write (if so, do you have a playlist I can share?), or do you prefer  quiet?

Normally, I don't listen to music while writing. Because I love music, that would be too distracting. But that doesn't cover all instances. There are times when the mood of the scene I'm writing about doesn't match my personal mood. That is when I hunt for mood enhancement music on the Internet. For example, we meet the main character while he is rowing on a river. Enya’s “Watermark” has been a favorite of mine for years. Envisioning that scene, her music set as a background was just perfect, so I incorporated it in the chapter. At other times, particularly if I were writing an action sequence, I might select a dramatic Russian composer. Of course there are those times when quiet is preferred.

If you could jump in to  any book and live there, which book would you choose?

That's a lovely question and one that's difficult to answer. The first thing that comes to mind is a play rather than a book: A Midsummer's Night Dream. I love the whimsical, magical quality, and am absolutely green with envy at Shakespeare's brilliance. Another I might select for the science-fiction aspect, is Robert Heinlein's "Strangers in a Strange Land." There, I enjoyed the familiarity, yet alien nature, the author presents. Finally, Paddy Chayefsky wrote “Altered States.” Between Heinlein and Chayefsky, I think these were the two biggest influences in my writing of The SHIVA Syndrome.

Describe your book in a tweet (140 characters  or less).

The exciting saga and mystery of a man in search of himself and the limits of human consciousness.

What was last book you bought OR What book areyou looking forward to reading?

The last book I purchased was Watchers, by Dean Koontz. I had never read Koontz before, but heard some very good things about him. I'm not sure if this was typical of his writing but, although I enjoyed and embraced certain aspects of the story, I felt the urge to push him along. I had recently finished the unabridged edition of Les Miserables. This turned out to be one of the most tedious reads ever, and would never reach publication today. Hugo virtually creates books within the main book, pushing excessive detail to the limit in, for example, describing the sewers of Paris. Although I felt this to a lesser degree, with Koontz, I certainly hope readers do not have the same feeling in reading my novel.
As to what I'm looking forward to reading next, I am involved in Edith Hamilton's Mythology at the moment. The subject is extremely stimulating and helps generate ideas that are useful in my own writings. By the way, the subject of myth and its relevance to humans on a genetic level, is something I touch on in The SHIVA Syndrome. Some of the ideas that occurred to me during the writing became very exciting and I tried to pass some of that on to the readers, making the story not only exciting but thought – provoking.

The Shiva syndrome, his debut fiction novel, is a science fiction/paranormal mystery and thriller. Always curious about the unknowns of human experience, he is fascinated with creativity and paranormal abilities. This led to his involvement with Psychology and research into Parapsychology. He has explored paranormal abilities using hypnosis and in-depth interviewing of a wide range of practitioners. Among his prized possessions are a shriveled, mummified banana (a product of one healer’s biopsychokinesis) and a small, curled Austrian teaspoon produced by a German healer while six people sat around him. (see http://alanjoshua.com/biopsychokinesis )

The Shiva Syndrome incorporates his knowledge of Parapsychology and experiences with healers, intuitives, “psychic” sensitives, etc. Unsurprisingly, he is a science fiction fan and has been influenced by such writers as Asimov, Bradbury, Crichton, Heinlein, Serling, and the extraordinary genius of Phillip Dick. As an avid Star Trek fan, he is fond of contradicting Gene Roddenberry, believing that human consciousness and its potentials are “the final frontier.” If you have questions for me, I would be glad to answer them–time permitting. I’d like to hear from you if you’ve had any paranormal experiences. 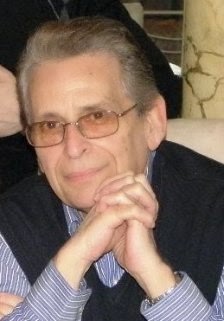 As a native Philadelphian, Alan Joshua (pen name) has the appropriate fondness for soft pretzels and cheesesteaks. He is married, has two grown children, and lives in the suburbs. He is currently a practicing Clinical Psychologist with a background in Forensic Psychology. His diverse background includes working in a State penitentiary and mental institution, a sleep laboratory, and a pain management center. Joshua has published many nonfiction journal articles.
The Literary Nook posted at 12:30 AM