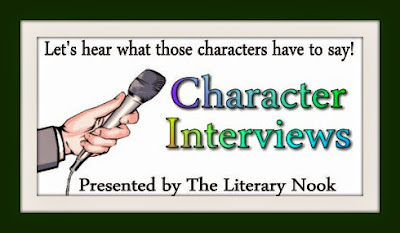 We’re thrilled to have today Ameenah Yemini from Cerece Rennie Murphy's The Wolf Queen.  It is a pleasure to have here with us at The Literary Nook!
What is your name?

Hello. My name is Ameenah Yemini. I am the main character in Cerece Rennie Murphy’s story of The Wolf Queen.

I have my father’s height so I’m tall, almost 6 feet, with dark skin and wild curly hair.  The beads in my hair are from my mother.  They are a sign that I am a daughter of Amalayki. A member of the Amasiti. A sorcerer.

Today, I am at my farm at the edge of the Forbidden Forest. Oh, I love it here!  It’s quiet and isolated.  I grow fruits and vegetables in the fields behind my house and make fine leather goods in my workshop. Besides my occasional trips to Djobi to sell my wares, I never leave this place. It is my sanctuary.

After I put the yellow lentils to simmer for tonight’s dinner, I will return to my workshop.  I’m working on repairing a leather satchel for a dear friend of mine. He will be here soon and I want to have it ready for him.

When I first met the Hir, I was terrified and there was nothing but that terror to guide me, but the legacy of my mother helped me find my courage, a way out of my fear to something more.

Is a photo a picture? We don’t have photos in Yet, but if I had only one picture it would be of my family, whole, alive, and together.

I am a farmer, so I have no choice but to rise before the first sun, but the truth is I am a creature of the night.  At night, the forest calls to me.

The necklace my mother gave me, right before they took her from me.  I have worn it since I was five years old. She bid me never to take it off and I never have.

Losing your family as I did, at such a young age, makes it hard to trust.  I crave solitude, silence.  Crowds frighten me. If I am completely honest, people frighten me. I have to work very hard to prepare myself to sell my wares and make my living.  A day in the crowded city of Djobi will take me six months to recover from. I wish I could be different, but it’s all I have known.

I built this house with my bare hands. I would never abandon it, but the first thing I made for it was the shelves for my leathers. If I am not organized, it is very upsetting to me.

Losing what I love. It has happened before. Your question makes me realize how much of my life is about making sure that it does not happen again.

I hope they would be proud of me, of the woman I have become, but truly I do not know. They have been dead for many years. It is still painful to think of them.

My best friend is Nasir Ebibi. We grew up together, before my parents died. Though our lives have taken different paths, our friendship is where we meet. I treasure him greatly, though I am ashamed to admit I have never told him so.

No, I am not married, but if I were there is only one man I would choose.

I wanted to be as beautiful and as brave as my mother, but I wanted to run as fast as my older brother, Javeer. 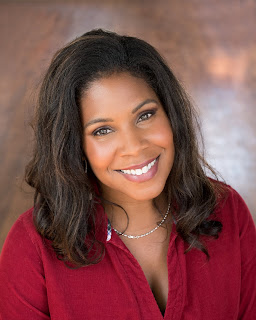 Cerece Rennie Murphy fell in love with science fiction at the age of seven, watching “Empire Strikes Back” at the Uptown Theater in Washington, D.C., with her sister and mom. It’s a love affair that has grown ever since. As an ardent fan of John Donne, Alice Walker, Kurt Vonnegut and Alexander Pope from an early age, Cerece began exploring her own creative writing through poetry. She earned her master’s degrees in social work and international relations at Boston College and Johns Hopkins School for Advance International Studies, respectively, and built a rewarding 15-year career in program development, management and fundraising in the community and international development arenas – all while appreciating the stories of human connection told in science fiction through works like Octavia Butler’s “Wild Seed,” Frank Herbert’s “Dune” and “The X-Files.” In 2011, Cerece experienced her own supernatural event - a vision of her first science fiction story. Shortly after, she began developing and writing what would become the bestselling Order of the Seers trilogy.  Order of the Seers was selected as one of The Best Kindle Books of 2014 by Digital Book Today.  To date, Mrs. Murphy has published nine speculative fiction novels, short stories, and children's books.

In addition to working on the 3rd book in the award-winning Ellis and The Magic Mirror children’s book series with her son and releasing her 5th adult novel, The Wolf Queen, Mrs. Murphy has launched NARAZU, an online platform designed to deliver the best in indie sci-fi content and comic culture to the fans who love it most. You can visit the new site at www.narazu.com.  Her current writing projects include the second book in The Wolf Queen duology and plotting a science fiction thriller set in outer space.  Mrs. Murphy lives and writes in her hometown of Washington, DC with her husband, two children and the family dog, Yoda. 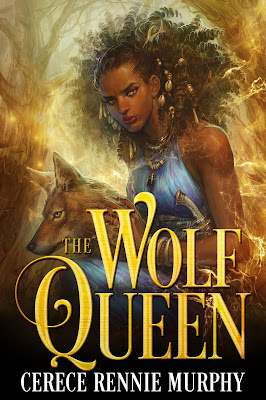 Title: THE WOLF QUEEN: THE HOPE OF AFERI (Book 1)
Author: Cerese Rennie Murphy
Publisher: LionSky Publishing
Pages: 242
Genre: YA Fantasy
BOOK BLURB:
Once great and powerful sorcerers, the Amasiti were hunted to the brink of extinction by the Hir and his followers. For four hundred years, their legacy faded from memory waiting for the hope of Aferi to be renewed…

In the Land of Yet

At the edge of the Forbidden Forest

Forced to fend for herself after the brutal murder of her family, Ameenah Yemini has made a life for herself as a master tanner and farmer, only venturing into the world to earn her living then return to the safety and seclusion of her home.

And her careful life begins to unravel.

Drawn to the hidden magic that lingers in everything she touches, the new Hir insists on having her for himself, using the people around her to force Ameenah into his grasp.

When she realizes that her greatest enemy may hold the key to a secret she thought lost to her forever, Ameenah is determined to reclaim her stolen past.  But, at what cost? As an ancient power waits to be unleashed, Ameenah's choices will make the difference between awakening a new magic or delivering it into the hands of evil.

The Literary Nook posted at 12:00 AM No comments: