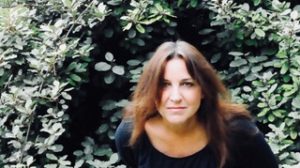 Author Shawn Beasley was born and raised in small town Louisiana. She has a BSRN and has traveled the world only to return to the same small town where she was raised. Shawn has three grown children, one girl and two sons. She lives with her oldest son and grandson and has three other grandchildren that she adores. She has two fur babies, Pete and Taz. Killing the Rougarou is her debut novel and is the first book in a series of five. She is a member of Romance Writers of America.

Thanks for this interview, Shawn.  Can we begin by having you tell us about yourself from a writer’s standpoint?

Shawn M Beasley is a mom to three, grandmother to four and has two fur-babies. She holds her BSN from Northwestern State University. She is a member of Romance Writers of America and likes to take pictures and travel.

I love to travel and take pictures.

Congratulations on your new book! Can you give us the very first page of your book so that we can get a glimpse inside?
Prologue
Being from South Louisiana, you hear a lot of folklore. You never actually believe the old tales. You pass the stories on down to your babies and so on. You never quite believe in them until you meet a monster. Maybe then, you wonder: Could these stories be true?
It was the Louisiana State fair in Shreveport, October 13, 1972—Friday the thirteenth, for the superstitious. The sky was cloudless and the weather perfect for a night out. The lights from the rides twinkled and it seemed they competed with the stars in the clear sky with their brightness. It was cool and crisp, the temperature in the mid-sixties. All that was needed to keep warm tonight was a light jacket.
A handsome family of six was enjoying the sights and sounds of the fair. They had driven up this morning from Sulphur and would stay at the Holiday Inn downtown. Matthew Robert Gauthier (pronounced “Go-shay”), the father of the family, had picked this hotel because it was rumored the king himself, Elvis Presley, had stayed here during his Louisiana Hayride days. He fancied himself to be “the coon-ass Elvis,” and was the only one who did. He loved to sing and would often sing as loud as he could, mostly off-key. It drove his family crazy. His wife often joked that Matthew couldn’t sing, so he had to work in the oilfield. Music had always been in their home and was a big part of their community.
Matthew almost always had a big smile on his face and a song on his lips and so if Matthew was singing, he was dancing. It didn’t matter to him when or where he performed. He truly loved to dance and sing, and if it embarrassed his kids, well, that made it even better.
Matthew and his wife Jessie had been married for just over sixteen years and he

was still crazy about her. They had four children, three boys and a girl. The baby girl was

his world. He loved his boys with all his heart, but “the Girl” as he called her, wrapped

him around her little finger.

The story idea came quickly and it took me a little over a year to write. The editing has been the hardest part for me and deciding to finally publish.

My story could be true. You see it every day on the news. There are monsters out there hurting children but my characters are human and I tried to give each a story, even my Rougarou.

Halloween, It has moments of terror and suspense, boo stuff!

Yes, and is already in the works.

I hope to have part two The Patron Saint of Travelers written by Christmas and maybe a part two published next year. 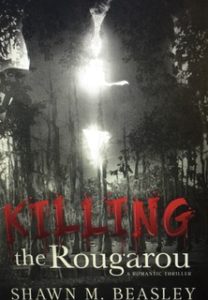 Title: KILLING THE ROUGAROU
Author: Shawn M. Beasley
Publisher: iUniverse
Pages: 492
Genre: Romantic Suspense
BOOK BLURB:
Author Shawn Beasley captivates readers with the enthralling saga of two southern families-the Gauthiers from the South Louisiana bayou country and the Thomases from rural Texas-and the nightmare that will ultimately touch them both. In her sweeping and richly evocative novel, Beasley unfolds two remarkable family histories, populated by unforgettable, deeply human characters, and then rocks their worlds with tragedy and true horror. A novel that succeeds brilliantly on many levels, Killing the Rougarou is, at once, moving and terrifying, tense and thrilling, while capturing the sights, sounds, and vibrant life of Louisiana's Cajun country and Brazos County, Texas.

The Literary Nook posted at 2:39 PM