I have dark skin and black hair that is cut into a wavy bob that is a little longer at the front.

My worst enemies are the murderers I’ve been chasing for months on end. I try and contain myself but I’ve been known to blow my stack and throw an offender down and handcuff them.

The photo of me in the foyer of the FBI headquarters after completing some training with them.

I’ve learnt to become a night owl. That’s when most of the murders I get called to happen.

I certainly wouldn’t be breaking any laws!

Jeans. Smart, casual and you can get things done in them.

I don’t like heights or the feeling of falling. It’s not too bad, but I would never skydive or bungee jump.

A whole bunch of cards and receipts wedged in there.

I’d be fine with being dead but I’m scared of the dying bit.

Mull over the cases going around my head, trying to solve the last piece of the puzzle.

My partner Detective Calvin Todd. He’s there when I need him and can always cheer me up with a joke.

Single. It’s probably for the best. My career as a detective doesn’t leave much time for personal relationships.

A lion. They wait patiently for their prey and catch them unawares.

I’d grab my gun and get down to the station. I’m sure I’d be needed to help with the civil unrest that is about to unfold.

I’d want to be faster at solving crimes. That way we’d catch the bad guys before they could attack again. 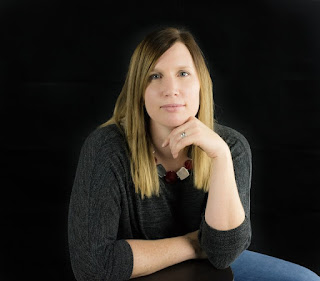 M.T. Ellis is a Brisbane/ Lockyer Valley-based author. Her debut crime thriller, Azrael, won Bronze in the 2018 Independent Publisher Book Awards, Suspense/Thriller Catagory. Her short story, The Ballerina in the Box, was short-listed in the Australian Writers’ Centre Furious Fiction Competition. Two of M.T. Ellis’s stories made it onto a billboard during the Queensland Writers Centre’s 8 Word Story competition.
Her dogs, Opal, Zeus and Matilda, occupy a lot of her time. She would write books about their adventures if she thought people were even half as interested in them as she is.
M.T. Ellis is an Australian Writers’ Centre graduate, freelance writer and journalist. The second novel in her Detective Allira Rose Series will be out on October 1, 2018.
Her latest book is the crime thriller, Azrael. 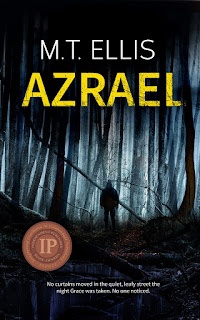 Emily thought her ordeal was over after she escaped a brutal kidnapping. She’s wrong. He’s coming for her again.

The body Detective Rose is looking at bears a striking resemblance to Emily, a woman who survived a horrific, sexually motivated abduction five years ago. Her fear is confirmed when Emily goes missing again.

When another woman, Grace, is abducted, Detective Rose finds herself doubting the instincts that tell her the disappearance is the result of intimate partner violence. She connects the cases and recruits Grace’s partner, Ethan, to help in the search. Together they must find Grace and Emily before it’s too late.