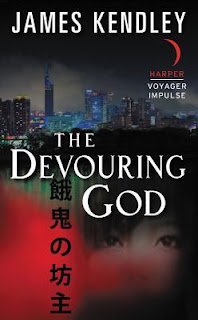 Runaways in southern Japan are stripping the flesh from their victims, and only a disgraced former detective can stop the spreading madness in this dark and thrilling sequel to The Drowning God.

It's been three years since security guard Tohru Takuda and his reluctant band of monster hunters defeated the Kappa of the Naga River. Now, a mysterious artifact is driving innocents in Southern Japan to flay their friends alive, and the grisly murders turn Takuda's world upside down. Disheartened and impoverished, he struggles to lead his rag-tag team to find the artifact before it poisons the entire nation. Takuda is caught between the police, the bloodthirsty murderers, and forces conspiring to harness the artifact's horrible powers.

And all the while, he must watch his back, because the most dangerous killer may be lurking among his own men… 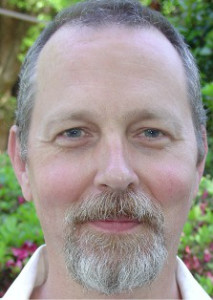 James Kendley has written and edited professionally for more than 30 years, first as a newspaper reporter and editor, then as a copy editor and translator in Japan (where he taught for eight years at private colleges and universities), and currently as an educational publishing content wrangler living in northern Virginia. He has a taste for the macabre, and he hopes you do, too!