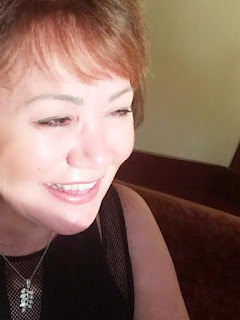 Kaylin McFarren is a California native who has enjoyed traveling around the world. She previously worked as director for a fine art gallery, where she helped foster the careers of various artists before feeling the urge to satisfy her own creative impulses.

Since launching her writing career, McFarren has earned more than a dozen literary awards in addition to a finalist spot in the 2008 RWA Golden Heart Contest. A member of RWA, Rose City Romance Writers, and Willamette Writers, she also lends her participation and support to various charitable and educational organizations in the Pacific Northwest.

McFarren currently lives with her husband in Oregon and visits her second home in California once a month. They have three grown daughters and two grandchildren, and look forward to having more.

Her latest book is the romantic suspense, Banished Threads.


Thanks for this interview, Kaylin. Can we begin by having you tell us about yourself from a writer’s standpoint?

When not writing, what do you like to do for relaxation and/or fun? I love traveling overseas, gourmet dining and cooking, discovering new varietal wines, pruning and planting, visiting art museums, reading great mysteries under a blanket, attending an outdoor concert, remodeling and J 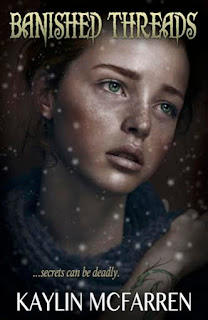 interior designing, socializing with friends, and spoiling my grandsons rotten.

Do you have a day job? Or a night one?

I would have to say the beginning of my journey was a bit rocky. While attempting to publish my first book, I went the normal route (if you can call it that). I solicited dozens of agents and more publishing houses than I care to admit. After thirty kindly written rejection letters, I ended up with a well-known New York agent who had claimed to be in love with my book. I was thrilled, to say the least. However, after three months, she decided that my book needed a complete overhaul in order to fit on a formula fiction shelf. Unwilling to do so, we parted ways and I hooked up with a small publisher willing to take a chance. The eBook was released, but it took three months of convincing for this house to publish the paperback version.

Marketing was a joke and became my obsession. I tapped into as many social groups as possible and connected with a retail outlet willing to put my book in 300 stores, but my publisher refused to honor the initial order because they were set up as a print on demand business and were unable to front the cost. Long story short, I took matters into my own hands and decided to create my own publishing company for my books. My sales spiked, I now have a nice fan base…and 100% control over my writing, sales, and marketing, which makes me incredibly happy.

What is it about the romantic suspense genre that appeals more than any other genre you would choose to write?

I love creating drama and building suspense while telling a story by compelling, complicated, flawed characters who long for normality in their lives. This genre allows me to leave my readers hanging and trying to determine who the good and bad guys are while the mysteries are solved and some degree of resolution is found.

If you had to summarize BANISHED THREADS in one sentence, what would that be? A valuable art collection disappears turning a treasure-hunting duo into crime-stopping sleuths willing to risk their lives to vindicate family members.

I believe Diane Donovan, the senior reviewer for Midwest Review stated it best. "Mystery and thriller readers will find Banished Threads stands apart from more singular plots as it evolves into a gripping story of life and death told on many levels, using real living, breathing protagonists whose actions and thoughts move beyond the art and intrigue circles they traverse. Quite simply, Banished Threads is an emotion-charged ride through a series of close encounters that are as psychologically gripping as they are filled with action. Mystery and thriller audiences are in for a real treat."

Perhaps Halloween as it involves angry, corrupt individuals and an undisclosed entity killing off characters right and left. J

This is the third book in my Threads series, however, it was written to stand alone.

Where do you get your information or ideas for your books?

I tap into my life experiences and the memories of the people I meet, and often dream up a complete story—from beginning to end.

I’m currently working on Twisted Threads—the fourth book in my series. This story brings together the villains from Banished Threads and Buried Threads in a fun, unexpected way and ties up a few loose ends.