Getting dumped is never easy, but there’s a special bonus sting if your ex-fiancé is a producer for a popular morning radio show. Jillian Atwood’s breakup with Nico has become the hosts’ number-one topic. They’re even running a competition to find him a new girlfriend. The entire population of Boston, it seems, is tuning in with an opinion about who Nico should date next—and what Jillian should do to get over him. Jillian’s co-worker, Ben, has his own ideas on that score. He hates seeing Jill depressed over a guy as unworthy as her ex. While he’s providing a friendly ear, he's also realizing how much more he’d like to offer. And if Jill could just get over the man who broke her heart, she might find the one who’s perfectly equipped to heal it... 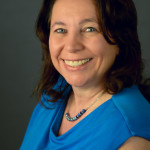 Though she always dreamed about being the shortstop for the Boston Red Sox, Diane Barnes is a marketing writer in Massachusetts. She participates in two monthly writing groups and attends novel writing workshops in Boston and Worcester, Massachusetts.

She started “Waiting for Ethan” as a challenge to participate in National Novel Writing Month. The original story was about a character who dated a string of freshly divorced men who all had issues with their ex-wives. She won’t say if that idea came from her dating experiences.

In 2012, Diane was one of eight writers who attended the Boston Writers’ Studio, an exclusive four-day intense writing workshop taught by bestselling author Elizabeth Berg. Diane says having her idol read her work was a moment she’ll never forget.

When not crafting novels, Diane spends her time playing tennis, going to the beach or watching her beloved Red Sox. She completed her first half marathon in 2014 (to combat her love of chocolate) and lives in central Massachusetts with her husband Steve; they often fantasize about moving to Turks and Caicos – for the winter months at least.