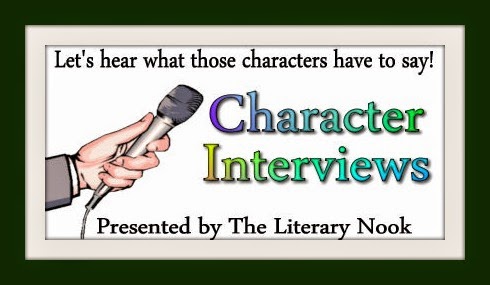 We’re thrilled to have here today Raf from David Lundgren’s Young Adult Fantasy, Rhapsody. He’s coming to us all the way from the village of Eirdale in the Forest.  It is a pleasure to have him with us today at The Literary Nook!

Thank you so much for this interview, Raf.  Now that the book has been written, do you feel you were fairly portrayed or would you like to set anything straight with your readers?

I guess. I’ve never been a big fan of being in the spotlight - stupid, I know, with both my parents on the Council - and I’ve got to admit I sounded like a bit of a whining git in the beginning. But at least you got to see some of the cool things I was involved in, too, like the battles and the escape from the Palace and the sewers. Ugh. Sewers suck. The melforging stuff’s a bit embarrassing, although I wouldn’t give it up for the world; it saved the Forest, after all. And then there’s Sylvia, of course. I don’t remember being quite so awkward with her when we were first getting to know each other – but even if I was, do you blame me? She’s gorgeous! (blushes)

Well, music, I guess. Not so much playing it (although the Elder would’ve disagreed) but just…connecting with it and ‘getting’ it. Not too many melforgers out there, really.
What else. Is ‘liking Sylvia’ a trait? Um. I don’t think I’d call myself brave. I guess I try to do the right thing (my mother would kill me if I didn’t!) and am also really keen to do something with my life now. Guess that’s why the Foreman’s always going on about going on your sojourn and broadening your perspective. Now that I’ve seen and done all that crazy stuff from the last few months, there’s no way I’m going to work as a random canopy farmer or junior Councilman.

Sylvia reckons it’s my sense of humor, but I don’t know what she’s talking about; I’m a funny guy. (Ow! Quit with your elbow!) I don’t know if it’s a trait, but one thing I hate is that when I get really embarrassed about things I sweat and my cheeks go red. Annoys me so much.

Ahem. Sylvia. Obviously. Haha, she’s rolling her eyes at me for mentioning her so much already.

Are you kidding me? When I started seeing random colors with my eyes closed! Well, actually, that had me worried in more of a ‘I’m going crazy’ sort of way; when I started worrying for real about the bigger picture, it was because the ground was collapsing under us. You know? When the Forest started dying? And then, when the Elder dragged me off to the desert and there was that whole kidnapping saga, well that was a pretty good clue that everything was going downhill quick. And as for Henja and Pavor… they terrified me. I still have nightmares about them.

Allium. Definitely. He’s just such a moron. I would probably wake up every morning and punch myself in the face. He almost destroyed the Forest! And the worst thing is: he really thought he was doing a good thing, the prat.

It’s intense. Pretty unexpected and wild stuff. I mean, I think it all turns out for the best, but it’s not all roses, either.

What words of wisdom would you give your author if he decided to write another book with you in it?

Good luck! (laughs) Sylvia’s already told me I’m not allowed to go anywhere for a while. ;) No, seriously, probably the only thing you need is to understand why I love music, why I connect with it. It’s such a big part of me. Also, it’s probably best to check with mom, too. You know she gets about me wandering off on adventures…

You never know. As I found out on my ‘sojourn’, so much of life is balance (shut up, Cisco – I’m not being pretentious! You’re not supposed to even be in this interview, anyway!)) and if it comes unhitched or goes crazy again, I suppose I’ll do a better job of trying to deal with it the next time.  Hopefully. 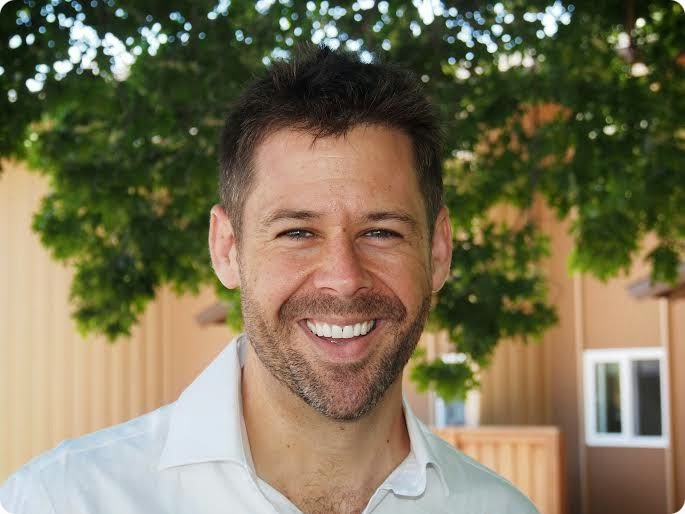 David Lundgren was born in “a pokey town in Zimbabwe (then Rhodesia)” and spent the first 18 years of his life there. He grew up in an environment “that seemed to combine the best elements of both an American and English heritage with a hybrid African lifestyle.” Lundgren is also a musician, which gave him the creative spark to create the Melforger series. He spends his time in San Francisco “teaching, enjoying frequent – and often frustrating – games of tennis, trying to learn the blues on piano, attacking Sudoku puzzles with relish, and attempting to make some headway with the ever-increasing pile of books that is waiting patiently at my bedside, developing its own gravity.”

His latest book is the fantasy/science fiction, Rhapsody.
For More Information
About the Book: 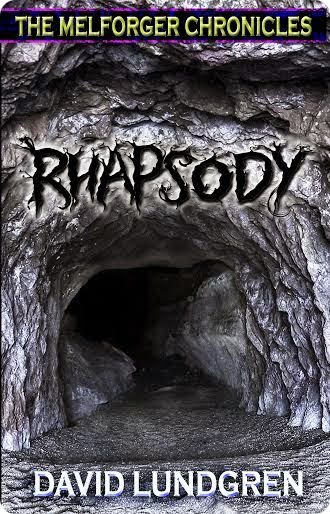 In RHAPSODY, the Forest has been completely healed and the battles of Books I and II are over, but a corrosive blackness that has been haunting Raf still seems to be growing in strength. They return to Miern to stop a traitor from assuming control of the city, but find themselves caught up in a deadly plot as they race against time to stop a dark and horrific power being unleashed on them all.