A Bookish Conversation with Ray Ellis, author of 'Kracken' 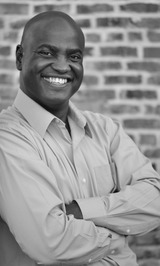 Ray was ordained into the ministry in March of 1989 and was sworn in as a uniformed police officer in April of that same year. He began writing in the fall of 1991, although like many before him, it had been his lifelong dream to be a writer. He completed his first manuscript, a science fantasy, in late 1999, but it was his fifth book published.

His first three books published was an inspirational mystery series, Nate Richards Mysteries, which was followed by a paranormal short story called “I”. Ray drew from his almost 30 years experience working in law enforcement to create the world of his mystery thrillers and from the same three decades in ministry to integrate the principals and truths of the Christian Gospel throughout all his stories . In his career, he worked as a jail deputy in a maximum-security facility in Orange County, California before being transferred to street patrol. While working in Orange County he also served as the captain of the department’s Martial Arts stunt and demonstration team.

In June of 1997, Ray transferred to Idaho, where he continued to work as a police officer, serving in patrol, then as a sex-crime investigator, and finally as a SRO, School Resource Officer. Being a pastor and a police officer, Ray offers a unique view of the human experience, binding the two worlds to tell his stories from his own distinctive perspective.

Since releasing his first book, Ray has been selected as Top 50 Author for the state of Idaho, a Top 10 Author and the ACFW Author of the Year for the State of Idaho. He has also served as the president of the IWL: Idaho Writer’s League from 2001-2003, and as president of Idahope, a Christian Author’s Writers Group.

He is currently working on the second installment of the Dawn of Destiny Series: Shadow of the Serpent, the follow up to KRACKEN.

The year is 135 New Reckoning. A Godless world is rebuilding itself. 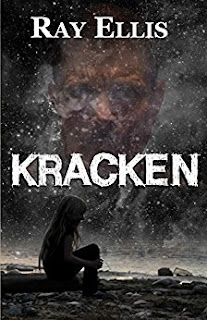 When a stranger from Mike Stone’s past appears on his doorstep, his ordinary life is suddenly and violently destroyed. Mike’s past has come back to haunt him. Now with his family attacked and his home destroyed, Mike finds himself running for his life through a jungle-planet filled with terrors and a monster known only as the Kracken.

In the midst of the chaos, Ted Waters launches his plan for domination. In a post-apocalyptic world, Waters sets himself up as the sole leader of the emerging world government. Using children as slaves, he mines a new narcotic used to subdue the people’s will.

Kracken, the story of two men, two opinions and two bases of power set on a collision path. When the two collide, Mike finds himself confronted by the God he thought he left behind.

Thanks for this interview, Ray Ellis. Can we begin by having you tell us about yourself from a writer’s standpoint?

Yes, thank you. First, I would have to say that as writer I like stories that move me. Stories have to serve a purpose in life and from my perspective; a story has to take me on a journey. From the time, I was a child; stories like The Wonderful Wizard of OZ and The 7th Voyage of Sinbad captured my heart and seeded a love of story in me.

I began writing as a child, but found my professional voice in the early 90’s. As a writer, I try to bring the reader into an experience that they may otherwise never have the chance to explore, whether in the world of law enforcement, from beyond the veil of death, or into a far distant future.

This may sound odd for a 50-year plus aged man, but when possible, I love a dark room, hot bath, a good audio book, and the time to enjoy them. It’s in moments like these, these quiet times, when new ideas are birthed in my imagination.

I’d love to:
Before...
Late 24th Century Old Calendar, the year 135 in the New Reckoning.
The lighting technician looked up just as he slid the last panel shut, a smile brightening his already exuberant expression. “M-M-Mr. Stone—”
“I told you to call me—”
“I m-mean Mr. Mike. Excuse me, sir.” The man rose and dusted his hands on the pant leg of his trousers and grasped Mike Stone’s outstretched hand. “This is going to make you the most powerful man in The Company, sir.”
Mike smiled as he looked past the edge of the wall and took in the sight of over twenty-five thousand people who had gathered to hear his announcement and to witness his rise to power.
At the podium stood Ted Waters. Though several years Mike’s elder, he served as the junior partner to Mike Stone on the Gliese 581G project. He turned in a broad gesture; his hand extended toward the side of the stage where Mike stood just out of sight. “Ladies and gentlemen of the New Earth Order, join me in welcoming the man who has made this all possible. Who, by his single-minded drive, imagination, and sheer determination, has opened new regions of space for not only our exploration, but also our expansion and settlement. Help me in welcoming…Mike Stone.”

Would you say it’s been a rocky road for you in regards to getting your book written and published or pretty much smooth sailing? Can you tell us about your journey?

Yes, it was a rocky road. KRACKEN was my very first manuscript completed, but wound up being my last work published. When I started KRACKEN, all I had was a dream. I’d never written anything seriously before, neither had I ever taken a class on writing. Needless to say, I had a lot to learn.

Over the next 5 years, I studied, I learned, and after getting my mystery series, Nate Richards Mysteries, published, I turned my eye back to my first love in science fiction and to KRACKEN.
If you had to summarize your book in one sentence, what would that be? The real adventure in life begins when you’ve lost everything you lived for.

I think my book would fit one of two holidays best, the first Memorial Day because it begins the summer break and KRACKEN is ideal for a long straight through kind of read. Secondly it would fit Easter very well because the theme of the story is resurrection; of finding hope in an otherwise hopeless situation.

Yes, KRACKEN is book one in the Dawn of Destiny series and is planned for three books.

This lends itself to the last answer in that KRACKEN is part of the Dawn of Destiny series. The second book, Shadow of the Serpent is due out late fall early winter 2017.